To see your team spirit go to training and select the tab training statistics. As you can see in the key the blue line shows the team spirit: 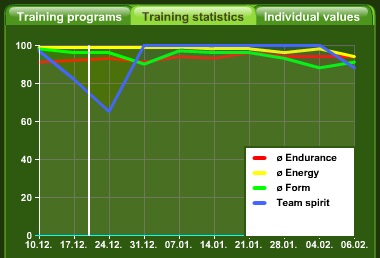