It's never too early to think about your finances. Your players and staff members need to be paid, and your stadium and other buildings need to be maintained. Over time those costs will go up, and you would probably like to buy new players as well, so you will have to make sure you create a steady source of income. Here are a few ways to make money:

Every completed step in the tutorial gives you a certain amount of income. As you also receive a lot of information and tips there and as you cannot start your manager career without completing it, it is the best thing to do when you start.

Click the manager icon on the left side of the screen to open the tutorial. The manager will also open automatically with new tasks and hints 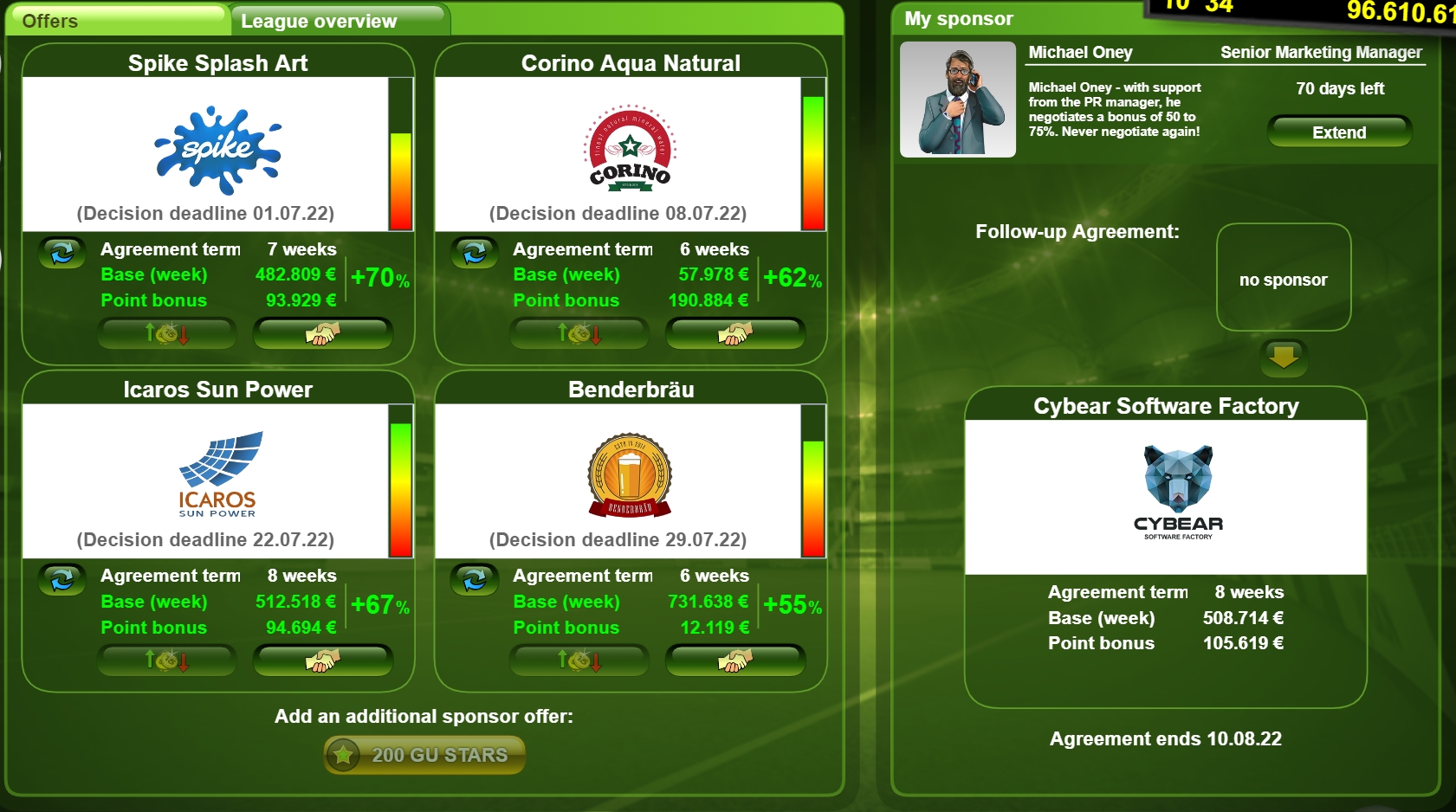 One of the tutorial steps will already make you sign a sponsor agreement. There is no easier way to make money than with a sponsor. You can sign a sponsor with a high base pay per week to create a guaranteed income or sign one that pays a lot for the win and draw in league matches. (Each sponsor gives base pay and also pays for points earned in the league.). The sponsor does not pay bonuses per point in other competitions.

What sponsor is right for your team is up to you, but you should always have one, as it is wasted money otherwise

The stadium of course not only costs maintenance, but it also lets you earn a lot of money. Build more seats to let more spectators come to your stadium. You can set your ticket prices to maximize your income.

You receive ticket revenues for every home match. Revenue from home friendly matches and in cup matches is split between you and your opponent (50-50)

In your stadium complex, you have the chance to build up your gastronomy facility, starting with a snack bar. Then in every home match, you receive income from sales. 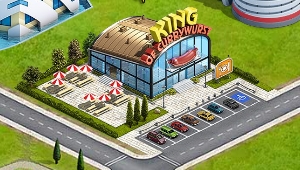 Over time player sales is a great source of income, but it takes a while until you get to that point. Players advance through training and playing matches, and by that their value increases.

To make money through player sales you need young players with potential. Older players will not advance as much and because of that may not be as suitable for trading. They might help you by winning matches though, so a good balance should be found.

You can either buy young players or promote players from your youth team.

Building up your merchandising department is an excellent way to generate regular income. Simply build a factory and a shop and start producing and selling memorabilia to your fans.

Production of memorabilia won't start if your club balance is in a negative state.

Progression throughout your career will reward you with money bonuses which are directly injected in the club. Until career level 50 you can collect up to 100. of in-game money.

Some special decoration buildings and money coupons also can help you get more money quickly. Such buildings are only usually available in special promotions or events, so make sure you use the opportunity to get them.

Money coupons are mostly available in special boosterpacks and come in as a guaranteed reward or reward awarded by a specific % chance (depends on each special pack). 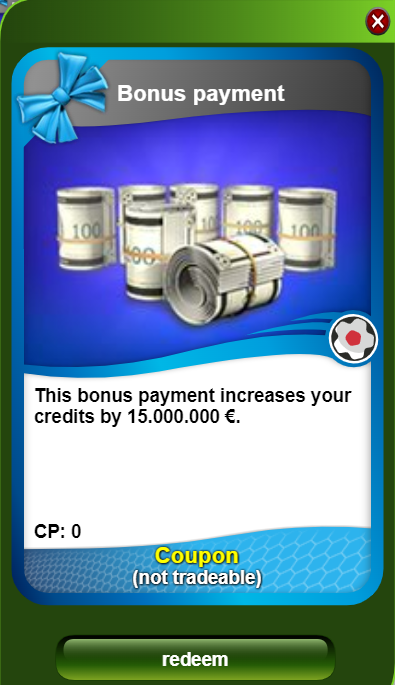