In every match, your players can receive yellow or red cards. You can see how many cards a player has received in his career when you open his player profile.

How likely it is that your players receive a card is affected by a few factors:

Effort: The higher you set the effort for a match, the higher is the chance that your players receive cards. Playing effort changing half-time directions of course also changes the chance for cards.
Character of your players: Aggressive and spirited players are more likely to receive cards. Fair players have a lower chance.
Playing for free kicks: If you play the halftime direction to play for free kicks, you always risk that your players get caught in a dive and receive a yellow card for that.

However, even if you play with the lowest effort, and have only fair players on the field, your players can receive a card. The chances are just a lot lower. 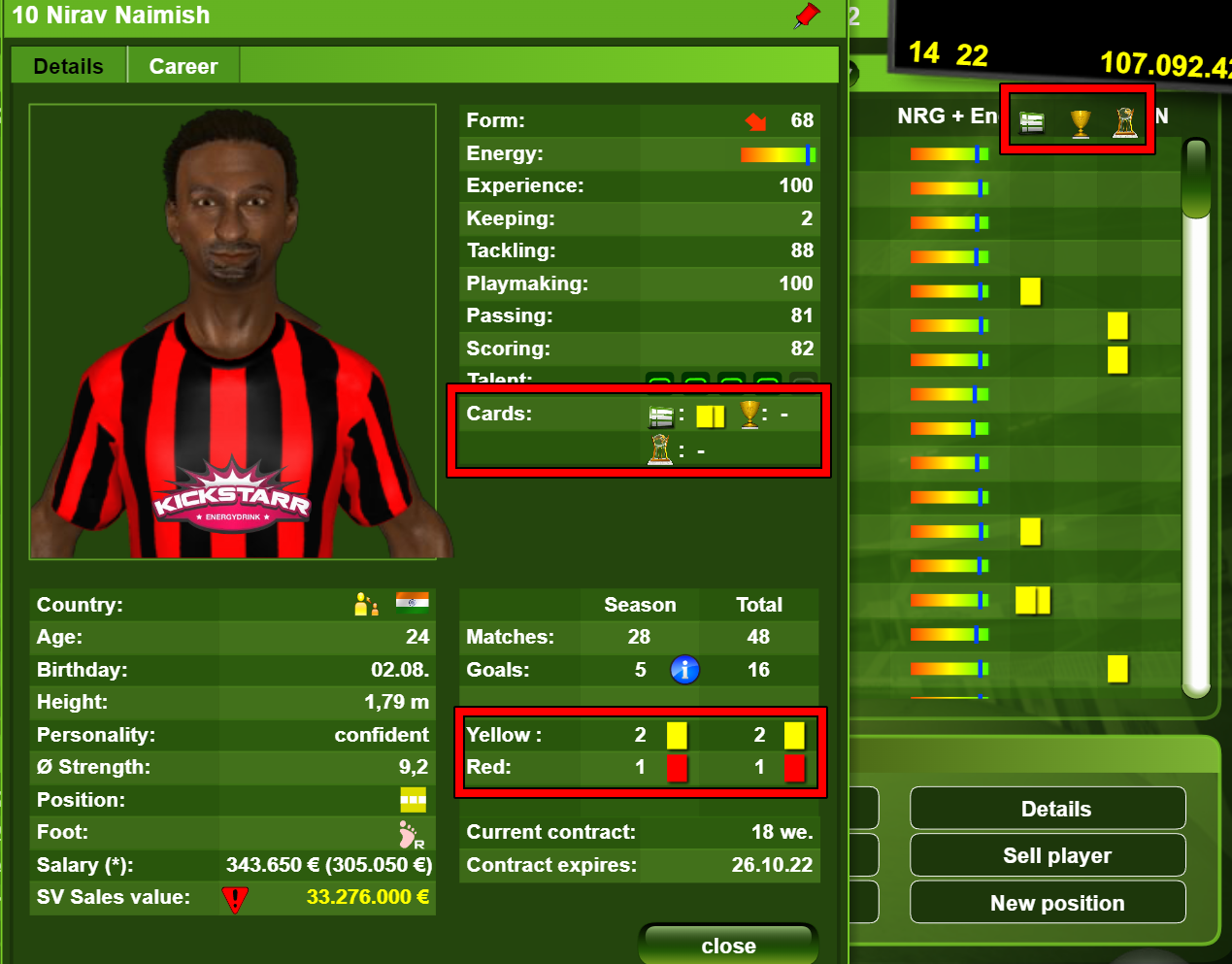 Yellow cards: Yellow cards received in league matches are added up throughout the season. Once a player has received 3 yellow cards in one season he is blocked for the next match. You can see the number of yellow cards the player has received so far in your player overview. Once the third card is received, the player shows a red card to indicate that he can't play in the next match. (After the match the player shows no more cards as the 3 cards have been penalized with the match block.) Cards are removed after the season is over, however, they are still taken into account for the relegation matches.

Red card: When a player received a red card he has to instantly leave the ongoing match and is blocked for the next match. A red card does not remove the yellow cards a player has saved up for the season.

Cards are counted separately for regular league matches and the league cup. A player that receives a red card in a regular season match is always blocked for the next regular season match. If there is a cup match in between, that is not affected by the card.

You are still able to put a blocked player into your formation. however, the player will not play and a substitute player has added automatically in that case.

Effects in the league cup competition

The system for the league cup is almost exactly the same as for the regular league. The only difference is that only 2 yellow cards are needed to be collected in the cup to lead to a block for the next match.

Effects in the International Masters competition

Cards are reset for each International Masters season. Players with 2 yellow cards are blocked for the next match, as are of course players with one red card.

In United events, cards are not added up. However, second yellow cards or straight red cards still have the effect that the player has to leave the ongoing match. After the match, yellow and red cards are reset.

Daniel Kent reduces the number of yellow cards in matches by 20%. 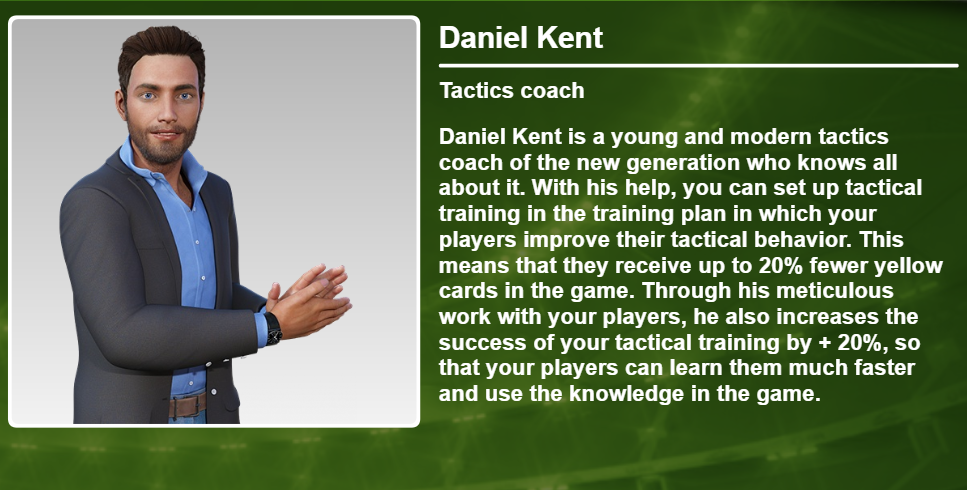