During all of your matches, your players can get hurt. This can happen because they are fouled by other players, or just like that. If a player is hurt he gets substituted in the ongoing match by the player on the bench for this position.

After the match is over you can see how badly he is hurt. You either see a red cross with a number, with the number indicating the number of days he will take to get fit again. Or you see a symbol with two crossed band-aids, which shows the player just got slightly hurt and will be OK soon.
Players that get hurt in united matches are substituted, but the injuries are removed right away.

The lower your players' energy, the higher is the chance that they get hurt in a match. This is another major reason to hire a good physical therapist.

The injury time shown for your players is the worst-case scenario. It shows the number of days without any factors helping speed up the healing process. Bruised players need up to 10 days to get well. The number of days is updated daily.

To speed up healing you can hire a doctor. The higher your doctor's efficiency, the faster your players get better. A doctor with a 100 efficiency skill value reduces the time by half.
The doctor's effect on the healing is shown day by day. That means, that you will not see a significantly lower number from the start, but the time shown for the duration goes down faster.

Bruised players still need some rest, but they can play in matches and they take part in the training. However, they only take part in reduced training so their training effect is reduced significantly.

Letting bruised players take part in matches also bears a risk. If they get hurt again, their injury definitely will be a significant one and take some time to heal!

What you can do

There are a few things that you can do to help your injured players: 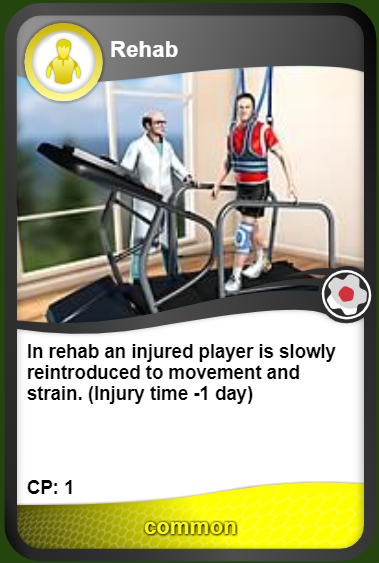 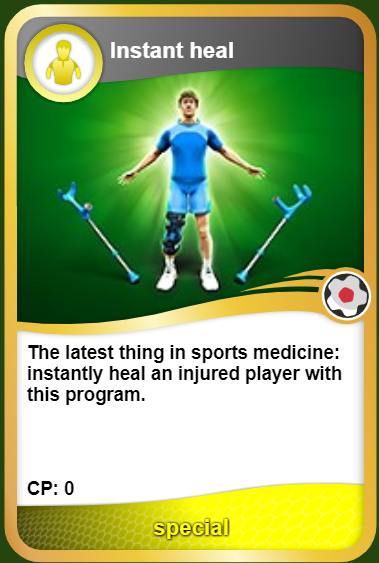 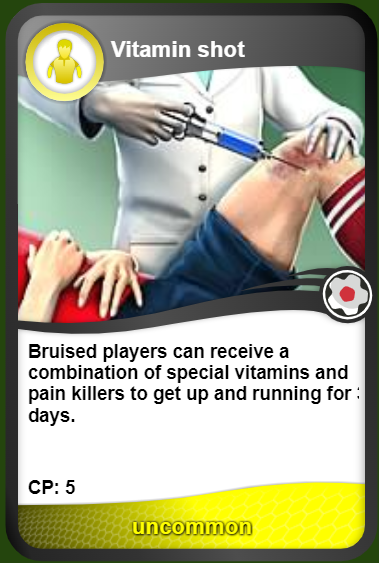