By training your players' skills, you can increase them - without training, they will remain at the same level. 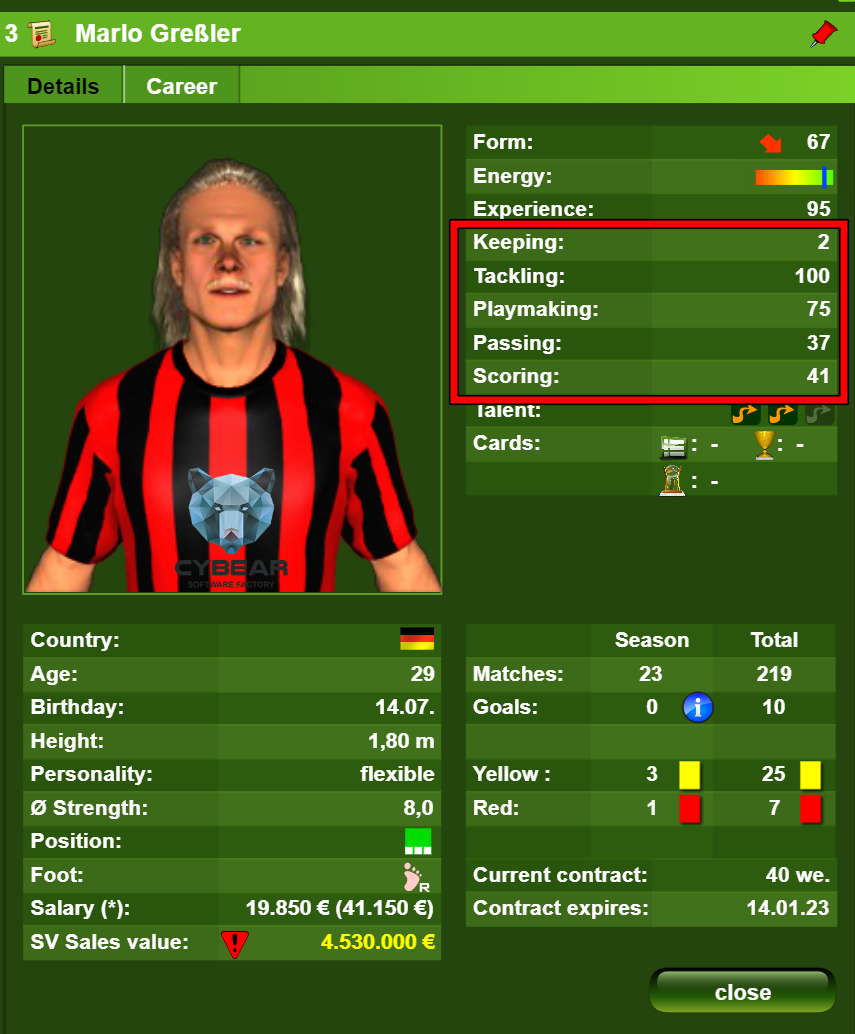 There are five different skills:

The skills of players that are age 32 or older will slowly decrease.)

In training each player trains the skills trained. The effect is high only for their main skill, the others will train slowly. To train other skills more effectively players can be repositioned.

The efficiency of training depends on different factors:

The younger, the better - no effect from training if the player is 32 or above

Experience
trained positions determine the effect of individual training, e.x. a goalie will learn keeping skill faster than a striker
Injuries
Injured players do not participate in training, bruised players will only gain half of the effect. The maximum initial duration of an injury is 40 days.
Energy
The higher the energy, the higher the training effect and the better and longer the performance in matches will be.
Personality
The diligent players will train more efficiently.
Staff
Higher the efficiency of the assistant coach, the higher the effect of the training will be.
Skills
When a player is close to 100 (max skill) he will train slower. This means that improving skills from one to a higher value is getting slower and slower.

Skills determine how good players will play in certain positions. For example, A striker mostly needs the scoring skill. Good playmaking skills also improve their performance, but the effect is much smaller.

As the training is highly efficient only for the main skill of the trained position of a player, it makes sense to reposition players to other positions for a while to boost their secondary skills. The better the player, the higher the effect of this strategy can be. You can change the position instantly by using "repositioning trading cards" so you don't have to wait 10 days until you receive the full training effect on the new position.