The form of your players shows how much of their potential the player can show at that moment. The higher the form, the better. The form of a player is an important factor to consider when deciding who to put in a formation.

One thing to consider to raise your players' form is to hire a good mental coach. The mental coach positively influences the form curve of your players. The form is also influenced by the team spirit. It is very important to keep the medical facilities in good condition! Only with good building conditions, your mental coach will work effectively!

To raise the form of your players directly, you can play trading cards: 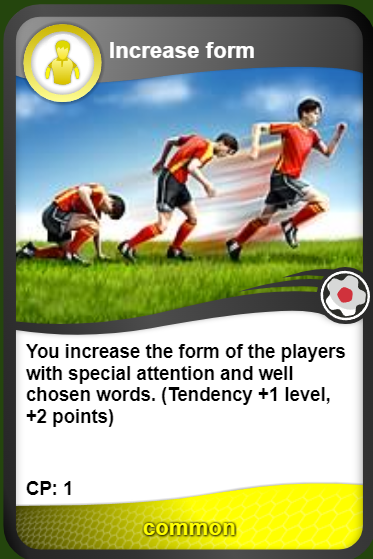 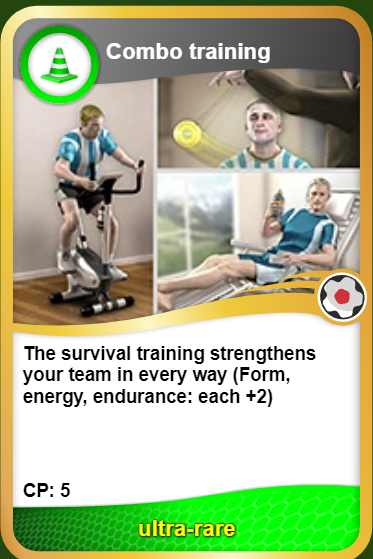 Playing and winning the matches against Top Team Mentality Monsters allows you to win a special staff member "Team Psychologist" (at the end of the competitive round). Once activated in your club, the Team psychologist motivates your team during half time break. The team gets a phase in second half time where they give 110% of other abilities.
In case you lose in League, Cup or Int. Masters matches, +1 form tendency will be awarded to 3 random players.
Go to Club -> Staff -> Upgrades tab to see full description
Go to United -> Top Teams -> Mentality Monsters (5 free matches per day, unlimited number of matches can be played) 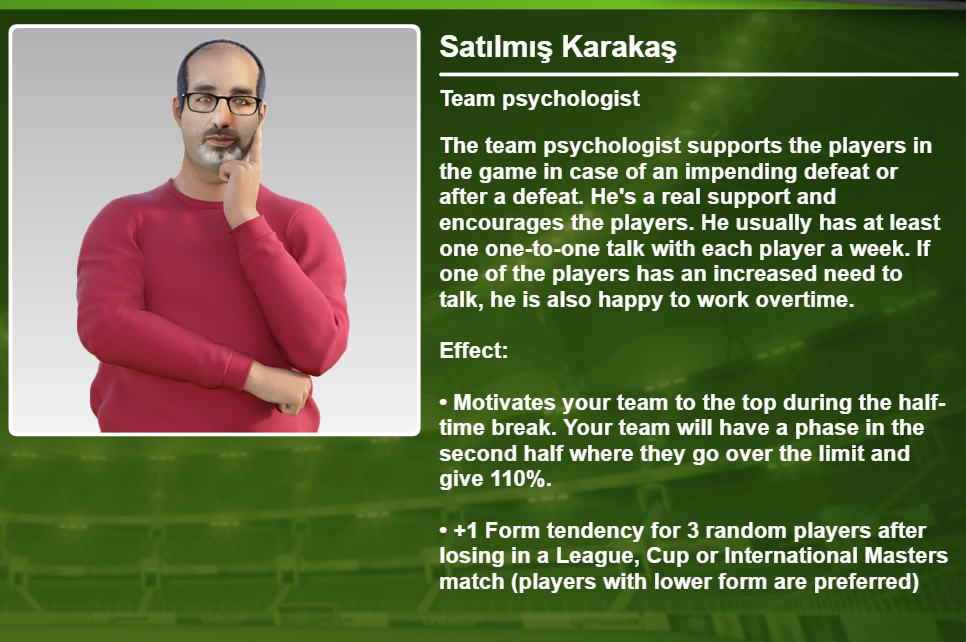