The top 50 best-ranked national division 1 leagues from strength type 15 get 1 qualifying spot each. 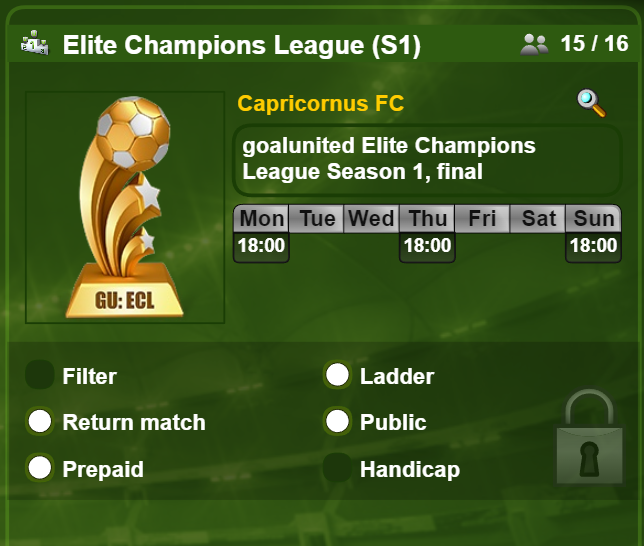 This means that champion clubs from League Division 1 from these countries get to participate in this competition.

The ranking of national leagues is always recorded after the 11th league match in the season, this decides the qualifying national leagues (division 1) which will receive 1 spot each in the next season of Elite Champions League.

Here's an example of how the ranking of leagues is recorded: 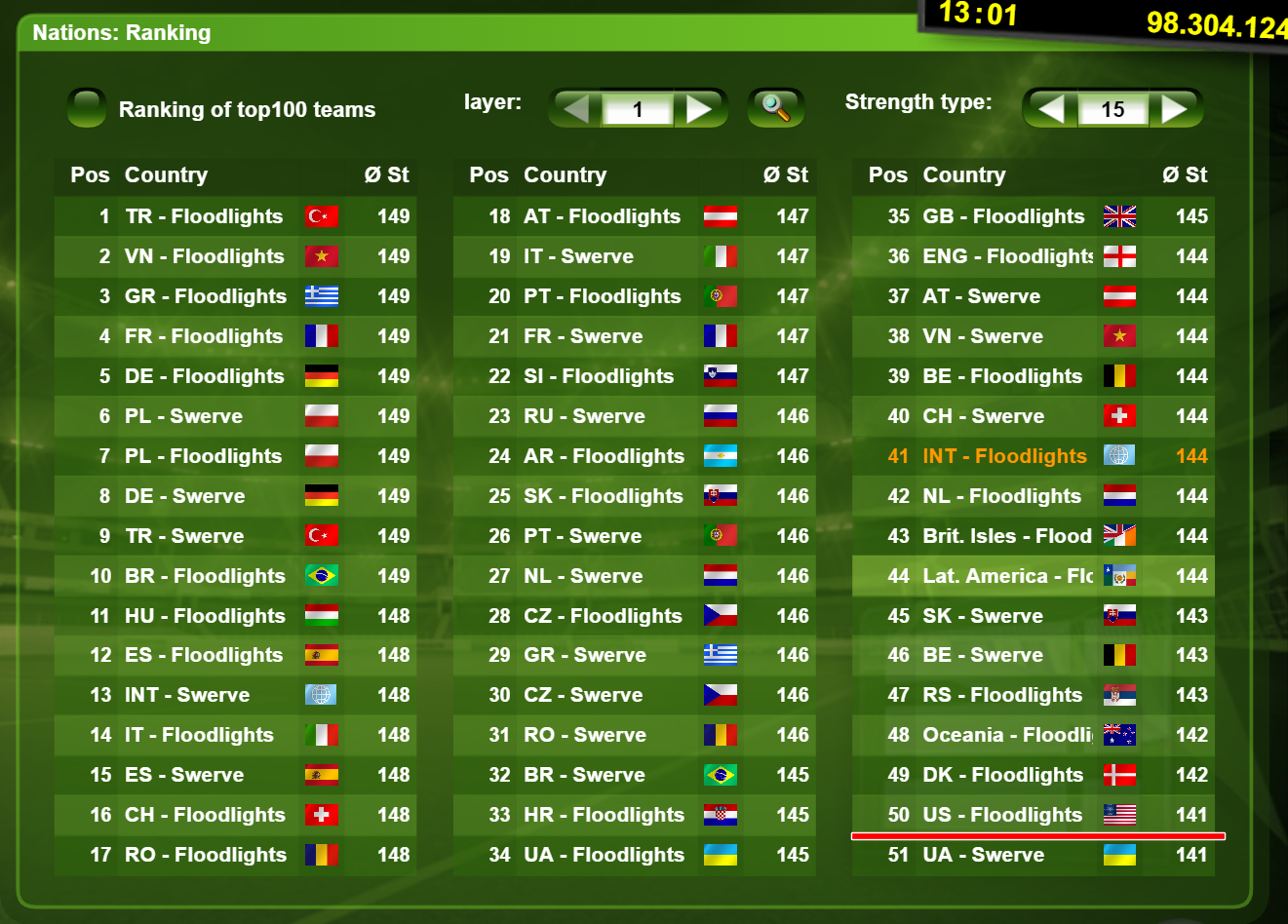 Each team then plays 9 home and 9 away matches. After 18 matches the top 3 from each group advance to the final tournament-style competition where 15 qualified + 1 (previous champion)  will compete in 4 groups of 4 teams each. 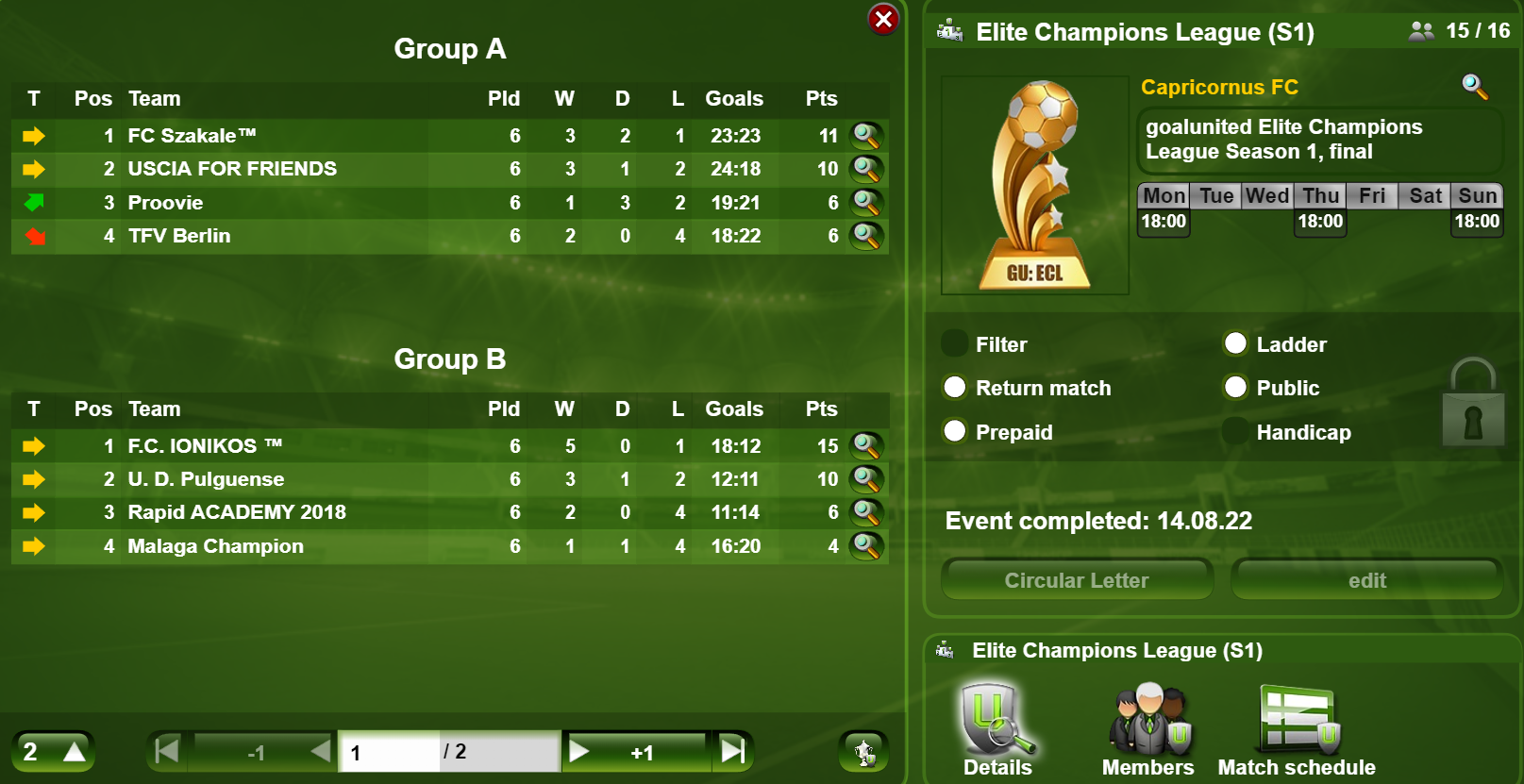 After 6 matches in the group phase, the top two from each group advance to the 1/4 final knockout phase. 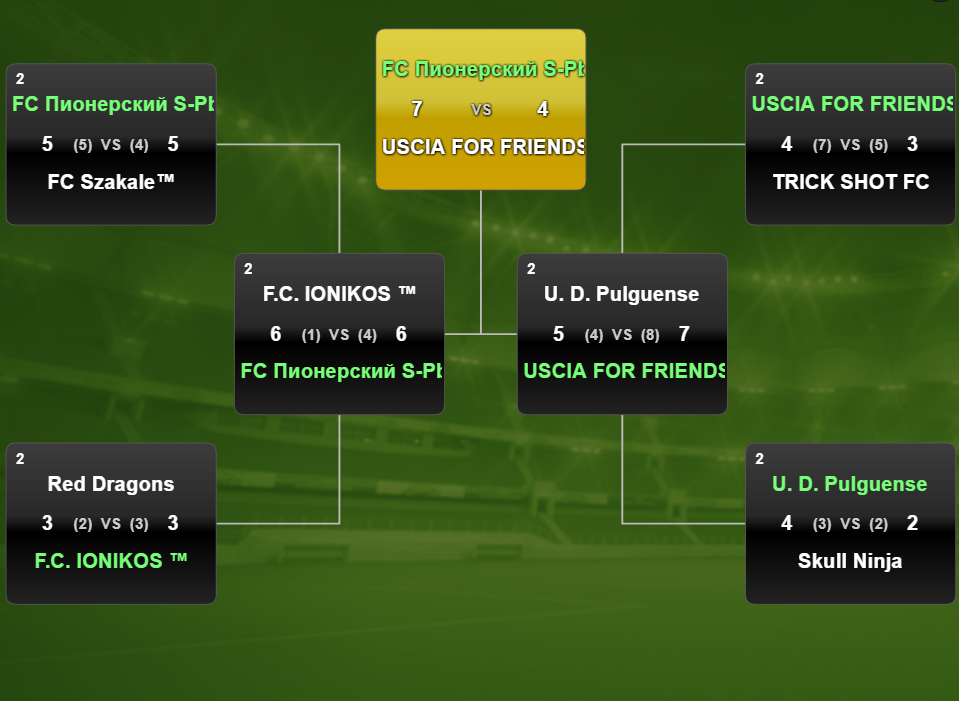 All matches are played in united competitions, this means there is no negative effect on players, injuries are reset after matches, and yellow and red cards are not counted.
There are no financial rewards from stadium or gastronomy.

In the preliminary group phase, after the final ranking, the clubs receive the following GU STARS rewards.

The champion of each group also receives a special trophy.

In the Last 16 tournament phase, the clubs receive the following rewards. 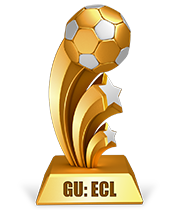 Trophy for the Elite champion

One manager can only have 1 club participating in the whole competition.

If the manager has multiple champion clubs who qualified from different leagues, the manager is obligated to choose the club that is participating in GU ECL. In such a case the team he didn’t choose will play in GU Bronze League, and the team originally qualified for Bronze League (2nd placed) in that league will participate in GU ECL. In case for some reason, GU ECL or GU BL qualifiers don’t accept invitations, the spots in that league belong to teams that are next in line.

In case that manager who already participates in GU ECL holds a club who qualified for Bronze League but due to switching got the spot for GU ECL, in that case, the spot qualifying for GU ECL due switching goes to next in line until GU ECL competition is properly populated.

The same is applicable and vice versa in the case of GU Bronze League.

If the previous GU ECL champion is also a champion in their League 1, the free spot acquired for the final 16 round goes to the next in line which means that the 2nd place club in that league gets a qualification spot for the preliminary round. All other applicable rules apply as well and if no ultimate replacement club can be found, GU Team reserves the right to make the ultimate decision according to fair play.

All invitations for GU Elite Champions League are sent from account adm_muris (Capricornus FC).The manager is obligated to join with the correct club which rightfully previously qualified. In case the manager doesn't follow the rules he may be kicked out or will be forced to play with the wrongfully selected club.