The Event "International Masters" (IM) is a tournament that allows managers to compete internationally. It begins with a group phase of 6 matches, and then a knockout phase with 6 rounds.

To participate in the International Masters you must have reached career level 20 before the 11th match of the season is over!

The tournament is played in classes of 128 teams each. Each class is made up of teams with about equal strength. This means that there are many winners in each strength level.
The class strength level is decided based on the highest top 11 strength of the club that was achieved in the last 11 weeks. This means that if your club had the highest strength at 85 in the last 11 weeks and then dropped to 55, in the next Int. Masters season you will still be placed in a class where teams have a strength level around 85 (+-5 strength points difference is tolerable).

It's possible that one or more teams in the class are stronger than the rest of the participants by several strength points, also sometimes when there aren't enough participants in the class clubs with lower or higher strength values can fill the empty spots.

First, there is a group phase with 4 teams each, in which each team plays 3 home and 3 away matches. 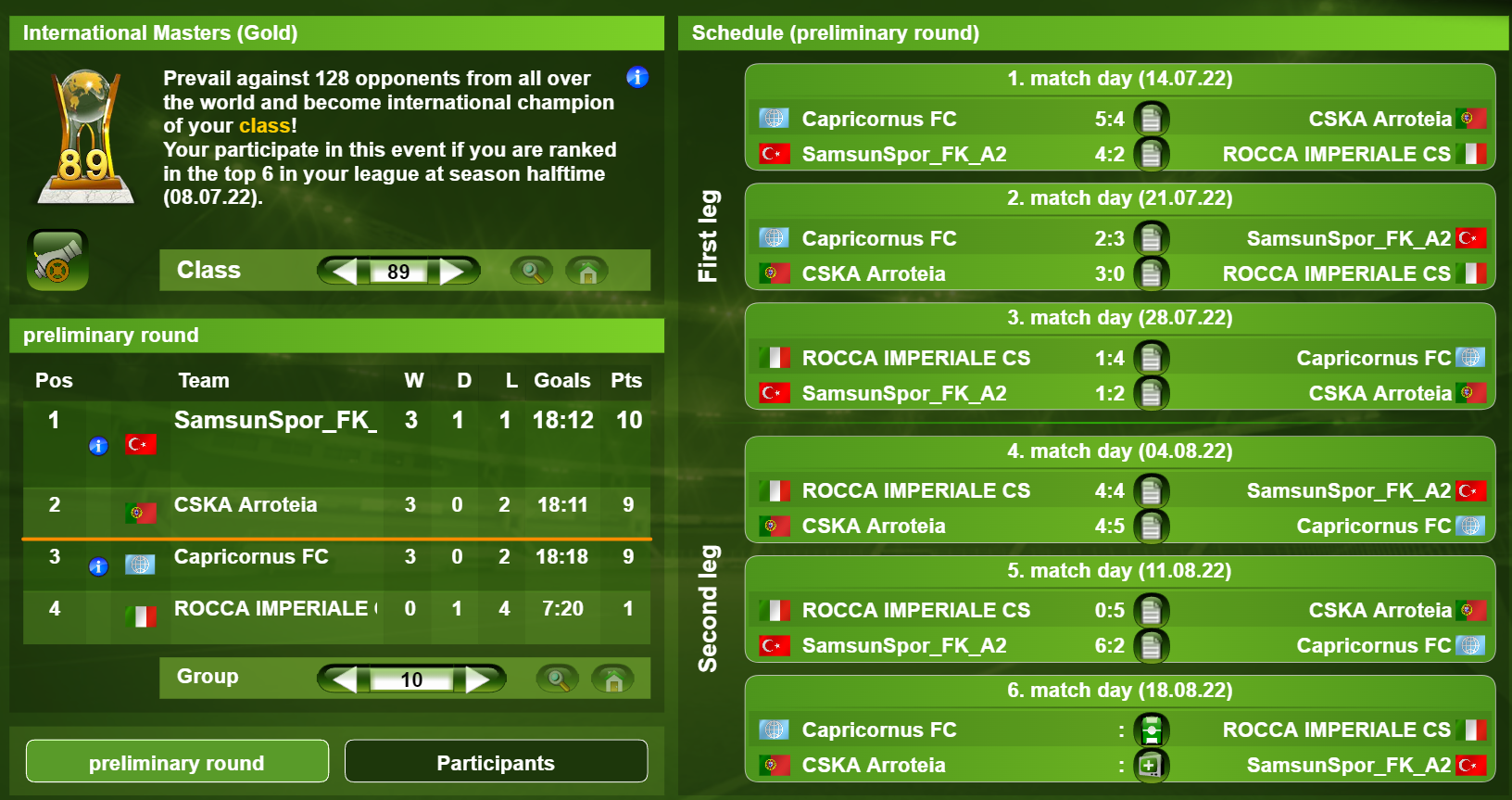 The two top-ranked teams in each group advance to the knockout phase. Two matches are played in each round so that every team plays home and away.

The final is played in a neutral stadium, so there will be no home-field advantage. The income from the finals is as follows: 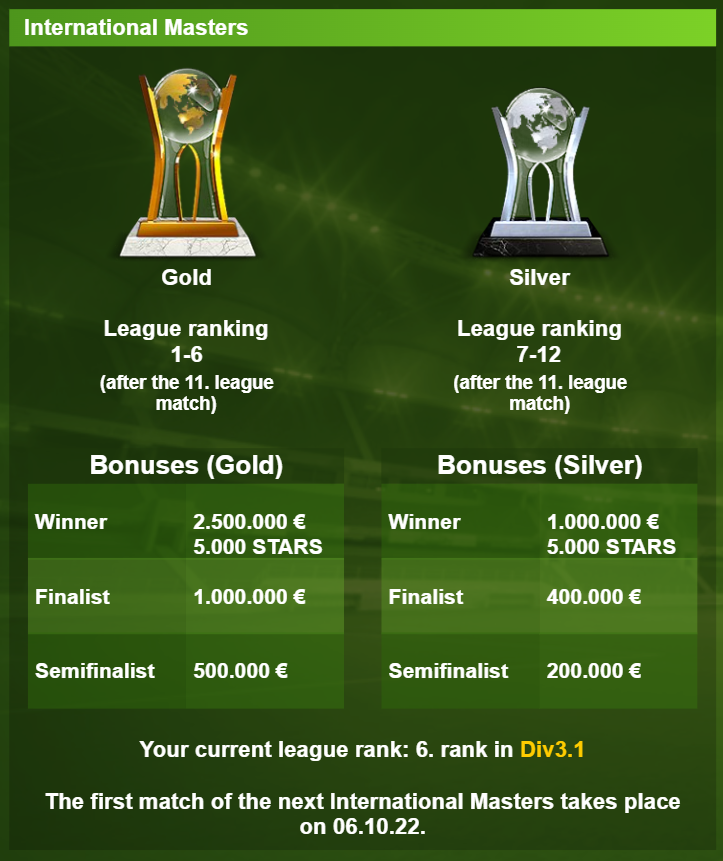 The four best teams in each class receive the following bonuses::

The top scorer's bonus is also paid at the end of the competition. To access the top scorer's list, in the International Master screen click on the button with a cannon symbol on the left side. 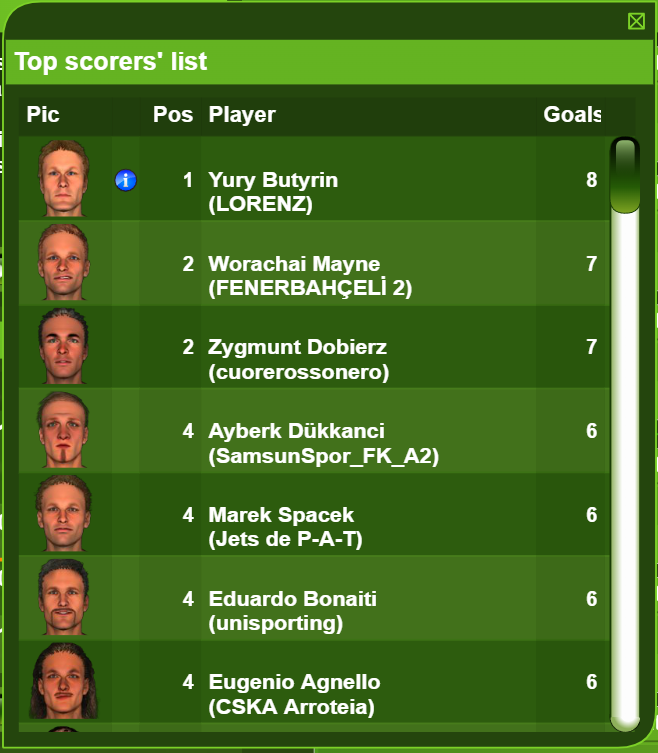