For top-ranked leagues from Global ranking 1 to 20.

Only 2nd placed from League 1

For the leagues from a Global ranking from 21 to 44. 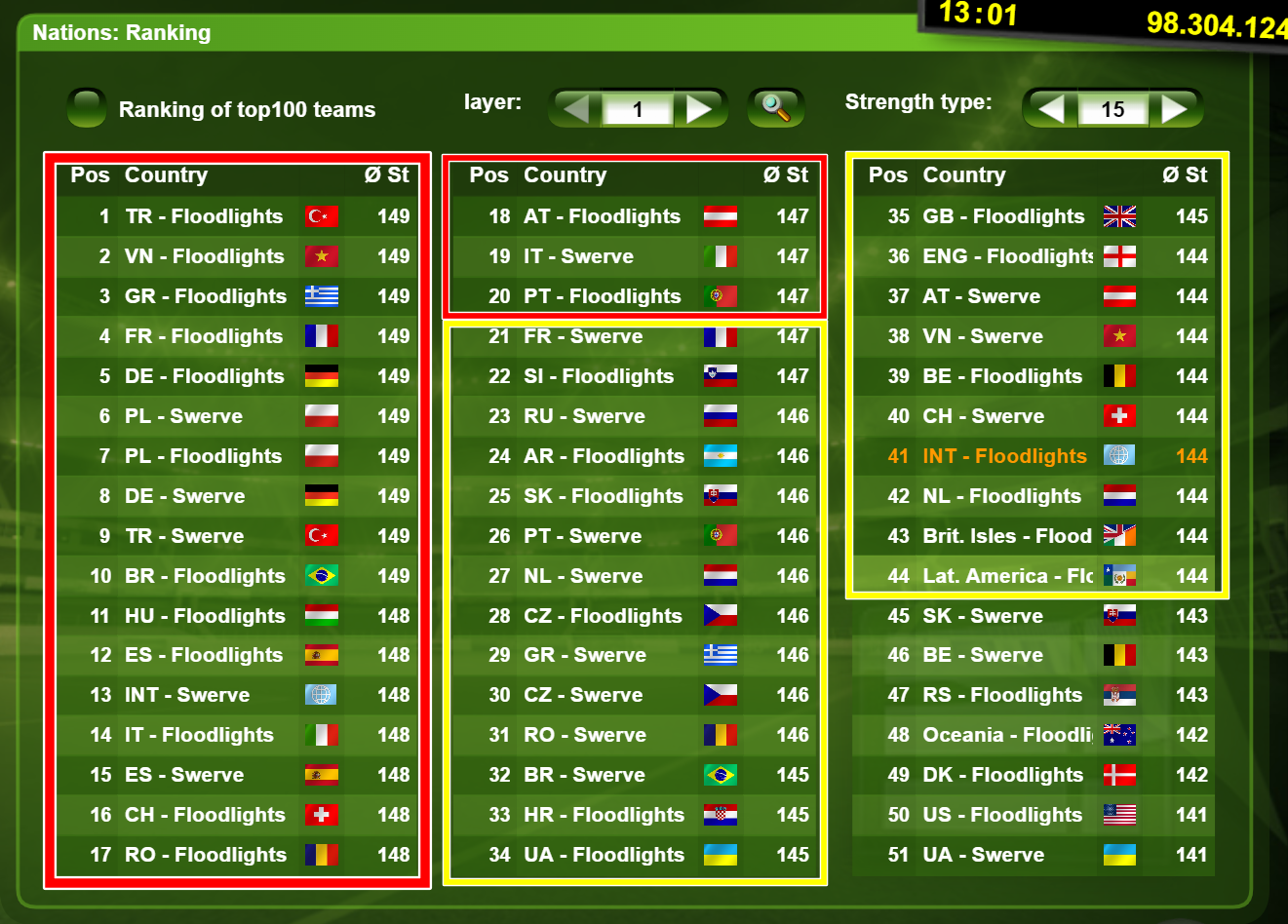 Global ranking of nations, layer 1 Strength type 15 decides the ranking. Record taken after the 11th league match in each new season will be considered for the creation of this competition.

The Bronze League is played in a tournament-style united competition where 64 teams are randomly drawn into groups of 4.

Each team in the group phase plays 3 home and 3 away matches (a total of 6).

After the group phase top 2 from each group advance to the knockout phase.

All matches are played in united competitions, this means there is no negative effect on players, injuries are reset after matches, and yellow and red cards are not counted.There are no financial rewards from stadium or gastronomy.

Each knockout phase pays the same number of STARS to the winner and losing team after 2 played matches.

One manager can only have 1 club participating in GU Bronze League.

If the manager has multiple clubs who qualified from different leagues, the manager is obligated to choose the club that is participating.

In such a case, an empty spot created by this will be handed to the club that is next in line in that league division (3rd or 4th placed).

There can be only one replacement if the original qualified team does not respond on time.

The handicap is not activated.

All invitations for GU Bronze League are sent from account adm_muris (Capricornus FC). The manager is obligated to join with the correct club which rightfully previously qualified. In case the manager doesn't follow the rules he may be kicked out or will be forced to play with the wrongfully selected club.