From time to time goalunited organizes a special type of competition where at least 4 or 5 groups are the available options that managers can choose. 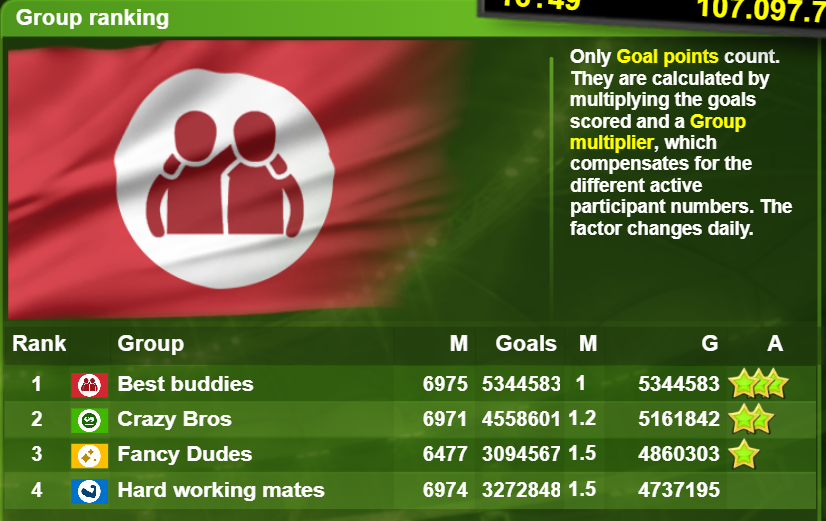 How does the event work?

In the registration phase, all managers in goalunited can choose one of the available groups for which they want to compete and contribute to the ranking position of the group. Usually, there are 5 groups, but sometimes there can be more or less than 5 groups available for selection. 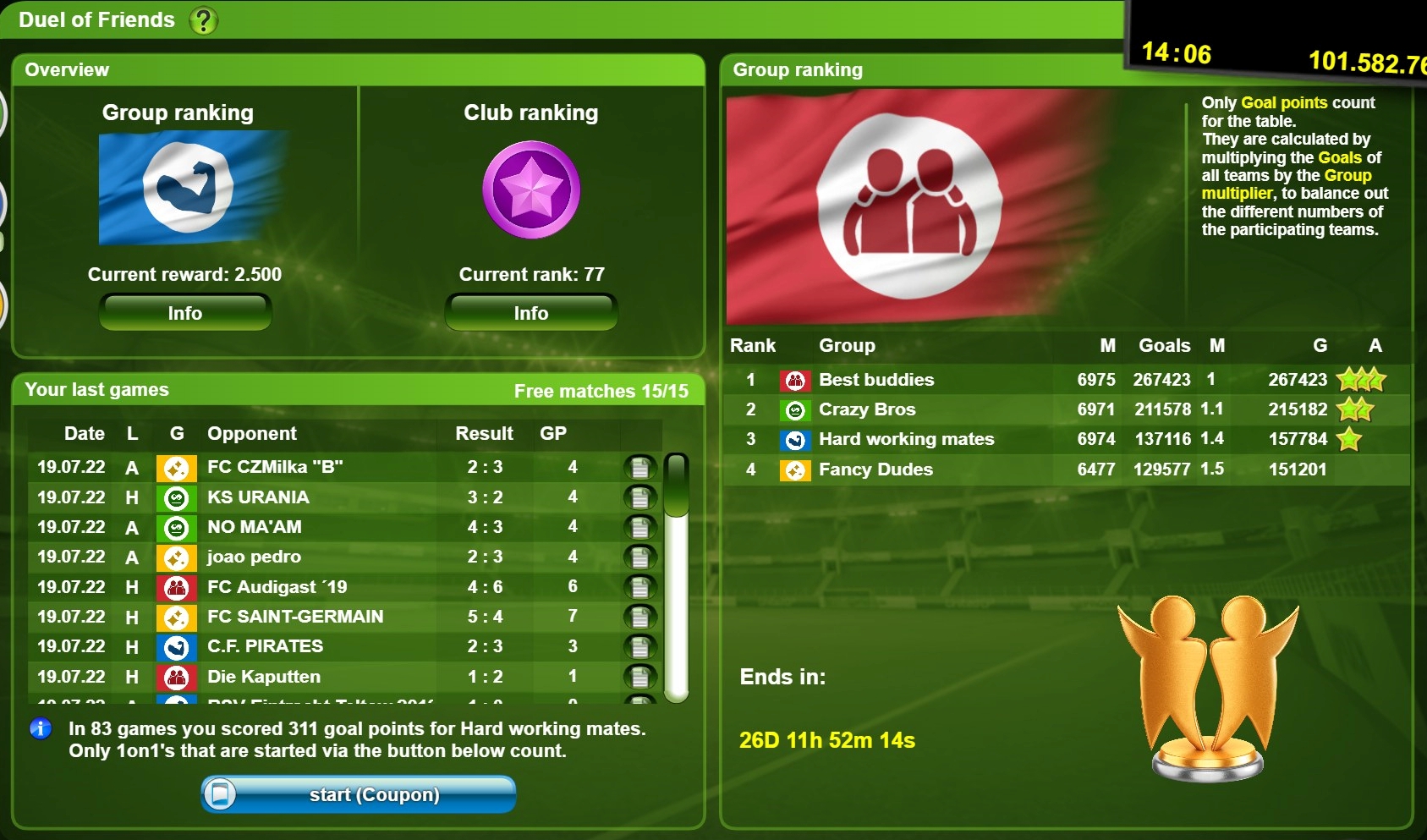 After the registration, managers then play matches with their clubs either in free-to-play united competitions organized by goalunited FA or in other United matches (like 1on1). In any model, goalunited always offers a certain number of free matches that can be played by each club per day.

Besides free matches, you can always play more.

There are two types of rewards which each manager can win:

The reward from the group is paid in GU STARS only if your selected group ends in one of the top positions at the end of the ranking, besides this reward, if you were playing for the champion group you will also receive a unique trophy.

In the new model of clash competition, your reward depends on the level of your activity.

Registering for a group but not playing any or enough matches will result in a 0% contribution rate and therefore even if your group wins GU STARS you will not.

Individual club ranking reward depends only on your own club ranking. Your club ranking is decided based on your own results, in this case, scored goals and wins decide the global ranking of your club. The better your ranking position is, the better the final reward.

This article is still a work in progress